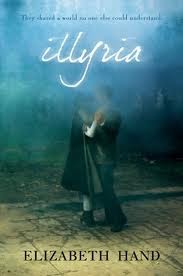 I’ve been in a bit of a reading slump lately and so I’m trying some genre switching. I read A Game of Thrones a few weeks ago, and so went looking for something else in the fantasy genre that was like Martin’s novels. I realize that “fantasy twofer” could mean fantasy as in the actual genre, or fantasy as in the twofer review of my dreams. Sadly, it’s the first meaning here.

Characterization is a tricky thing. How exactly as an author do you create characters that are believable and interesting? How do you make a person come to life on the page with nothing but words? Last year I read The Book of the Dun Cow. This book is about farm animals, and it’s told in a kind of mythic style, which means not a lot of long paragraphs dipping into your character’s thoughts. And yet, it was a very moving book. I cared deeply what happened to roosters and dogs and weasels. They felt very real and, well, human. How did the author, Walter Wangerin, do that? In A Game of Thrones, the writing is also fairly basic, and yet, I felt like I knew the characters.

Characterization is pretty important to me, and I have to say that both of these books kind of failed me on that level. Lyonesse is described as a “long-awaited masterwork of high fantasy.” There’s a lot of fantasy in it. Magic and wizards and mermaids and fairies. A lot of action. Lots of things happen to lots of different people. But because I didn’t feel like I much knew the people all these things were happening to, I can’t say that I cared that much about it all. Now, it is the first book in what looks to be a long series, and perhaps the characters will develop in the next book? But I think it’s too late for me.

I found both of these books on a list of “literary fantasy” or fantasy for people who don’t normally read fantasy. Illyria is certainly more on the fantasy fringes. No masterwork of high fantasy here. It’s the story of two cousins in a family with a long dramatic tradition who star in a magical production of Twelth Night. And the romance between the two cousins. This story does not take place in Kentucky, or anywhere else in the South, just to avoid any jokes of that nature.

This book won the World Fantasy Award, but I can’t say I liked it much better than Lyonesse. I’m not sure what was really “fantastical” about this book…there’s a strange toy theater, but I have no idea how that was connected to the cousins, or the production of Twelth Night, or most anything else in the story. If the point of the whole story was that it feel really unformed, like the beginning of an idea of a story that hasn’t quite yet coalesced, than it definitely succeeded there. But I don’t like stories that are unformed, and so at the end, I felt like I had just missed whole lot here.

I have two more fantasy books on my shelf to try, also off this list. Little, Big, by John Crowley and In the Night Garden, by Catherynn M. Valente. Fingers crossed. I’m thinking I should have gone with what I know, which is Robin McKinley, whose work I’ve loved since I read The Blue Sword when I was young. Any other recommendations for works in the fantasy genre that are also strong on characterization are welcome.