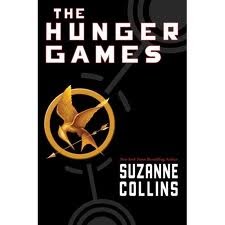 Sometimes it pays to come to the game late. This would certainly be true if you were in the Hunger games, and is also true of reading the books. As I finished The Hunger Games and Catching Fire, and moved on to the next book, I was thinking, “Thank god I don’t have to wait for the next book to come out.” I don’t think I could have handled the waiting.

I’ve been reading about these books for months now, and put all of them on hold at the local library. Unfortunately, they arrived in reverse order (first Mockingjay, then Catching Fire, and finally The Hunger Games). But once started, I finished all three in about 4 days, and that was with folk festival right in the middle, which didn’t leave much time for reading.

I’m so happy to be able to say these books are as good as all the hype. They were in some ways even better than what I expected. Of course, the story itself draws you in and keeps you devouring the pages through all three books. The story is well constructed and consistent; Katniss is a traumatized person, and Collins doesn’t forget that in her writing.  The characters, especially Katniss, are compelling and well-drawn. The writing is even and the world Collins creates believable.

What surprised me most about these books was the more subtle aspects, the places where they became about more than just a good story, so those are the things I’m going to talk about. I’m assuming that you already know the basic plot of these three books, and I’m going to be revealing some big SPOILERS, so beware if you haven’t read them.

– The Hunger Games. In the beginning of the first book, I remember distinctly thinking, “Well, this is an interesting premise, the Hunger Games, but I’m not sure it’s really an effective method of controlling people.” I have to say, by the end I was convinced. Because the Hunger Games are first, an effective method of eroding hope among people in the Districts. Before the age of 18, you’re never sure you won’t be reaped and therefore die. And as Collins does a very good job demonstrating with Katniss, once you’re past 18, how difficult would it be to decide to have children under those circumstances? It’s a wonder anyone does, and it’s interesting that the population problems are in District 13, the one free district. Don’t you think the birth rate in the other Districts would have gone down?

Second, the Hunger Games de-humanize people in the Districts for the people in the Capitol, and perhaps for the other Districts as well. It’s an odd kind of de-humanization, as it involves a lot of pomp and circumstance, but Collins does a good job showing how it takes a lot for the people in the Capitol to see the tributes as real people. Only when Katniss gets sent back to the Hunger Games in Catching Fire does her prep team become upset. And Katniss knows they can’t help that they weren’t upset before; she wasn’t really fully human to them.

– Reality television. So I know I’m not the first one to think about this connection, but throughout the books I kept thinking about reality television. Let me admit at the get-go that I’m not much of a fan. Or specifically that I’m not much of a fan of reality television that seems to sell itself by showcasing the very worst of human behavior. I would include in this category shows like Survivor, Big Brother, Hell’s Kitchen, Real Housewives, and Project Runway. I’m sure there’s a lot more I could add to the list, but I don’t watch them and so don’t know a lot of them. I am a big fan of So You Think You Can Dance, but this is a show where, as far as I can tell, the goal is not to incite people to act badly and then put it on tv. I’m sure there are more in this category, as well.

Now, Survivor, as far as I know, is not being put on by the government to subdue the population. The contestants are volunteers (though so are some of the tributes in the Hunger Games). But what these books made me think about was the potentially de-humanizing effects of shows like Survivor. No one gets killed, but is part of the appeal that we cease to think of these people as like us? And therefore, it’s easy to be excited and happy about their discomfort or pain?

I don’t think I can answer those questions because, as I’ve said, I don’t watch the shows. I do know that what I often see when I do tune in is a showcase of the very worst of humanity. Competitiveness, greed, deception, disregard for others. And this is also true of the Hunger Games. No one tuned in to see people be nice to each other. What does it say about our society that we want to watch people doing this to each other? And not just in imaginative ways. It’s not enough to see a fictional account of people being mean to each other. We need it to be “real”? Why?

– The future of humanity. Big topic. Given her experiences, it’s really no wonder in the end that Katniss wants to give up. That she has to be convinced to have children. Yes, the Hunger Games are gone, but who can guarantee that something new and equally horrible won’t happen? These books, enjoyable as they were, also gave me some pretty bad dreams and weren’t the wisest thing to read just before going to bed. I certainly won’t let my 9 year old stepdaughter be reading them anytime soon.

But if these books are truly young adult (And are they? Really? What’s young adult? At what age would I allow my child to read about someone being slowly killed by scary ass, mutated wolf-things?), what’s the message for young people? Is there one?

I appreciate that Collins isn’t condescending in her treatment of evil in this book. President Snow is scary, but then he tips off Katniss in the end. One of the things I always loved about Buffy was that the bad guys could often be sources of wisdom. What does this tell us about the world? It’s complicated. Evil is not at all simple. Even the very worst villains are still just people, and that’s what’s so terrifying.

Collins doesn’t cheat with her ending, either. Yes, Katniss lives. She has children. But she’s damaged. She has nightmares. She finds it difficult to trust the future. Who can guarantee that something new and horrible won’t happen? No one can. The Hunger Games are bad, but certainly not at all outside the scale of the atrocities committed by humanity. The people in the books are, after all, us. Our descendants.

When Katniss sits in the room with the other surviving tributes voting on whether to continue the Hunger Games, I couldn’t help but think of the HBO movie, Conspiracy. The movie recreates the Wannsee Conference where the Nazi leadership hammered out the details for the Final Solution, the complete destruction of the Jewish people. The meetings are banal and boring, bogged down in calculations on the most efficient means of mass murder. Katniss wonders, who sat in a room like this before? How many times has it happened already and how many times will it happen again?

We certainly carry a great deal of ugly baggage with us as humans. We cannot guarantee that something new and horrible won’t happen. But we can be vigilant. We can ask what the consequences are of glorifying the worst of ourselves. And we can hope that maybe somewhere out there in our future, there is a corner we’ll turn and leave these things behind.

– Recommendation: I would highly recommend these books. They’re a compelling read, and they give you something to think about. I won’t let my stepdaughter read them until she’s at least in high school, and even then, I don’t know. They’re quite gruesome and disturbing and there are some images in the book that I won’t be able to get out of my head for a long time.